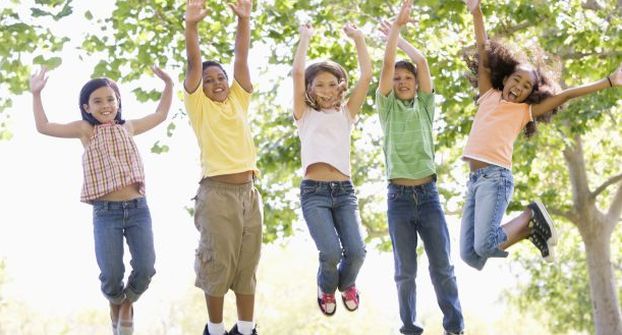 If your child cannot wait to play after school, its better  you don’t stop him/her, a study suggests. Moderate-to-vigorous physical activity for at least 60 minutes a day after school saw substantial improvements in the ability of children to pay attention, avoid distraction and switch between cognitive tasks, the findings showed.

‘Those in the exercise group received a structured intervention that was designed for the way kids like to move,’ said lead researcher Charles Hillman, a professor at the University of Illinois in the US. The study involved a nine-month long, randomised and controlled trial involving 221 pre-pubescent children. They performed short bouts of exercise interspersed with rest over a two-hour period.

All participants underwent cognitive testing and brain imaging before and after the intervention. The intervention, called FITKids, was based on the CATCH exercise programme, a research-based health promotion initiative used by schools and health departments across the US. ‘We saw about a six percent increase in fitness in children in the FITKids intervention group,’ pointed out Hillman.

Fitness improved less than one percent in the control group, he added. The children in the FITKids exercise group wore heart-rate monitors and pedometers during the intervention. ‘A big reason why kids participate in a structured sports environment is because they find it fun and they make new friends. And this intervention was designed to meet those needs as well,’ Hillman noted.

The study appeared in the journal Pediatrics.

foods that keep acidity at bay

Improve your heart health in 60-minutes!

admin - September 22, 2014 0
This year has seen the emergence of a new trend in charity fundraising - viral, nomination campaigns. The most recent example was the ice bucket...

How to Add a User and Grant Root Privileges on Ubuntu...

Trick to Track Down Stolen Laptop

How to Install lsyncd on CentOS 7

5 of the Best WordPress Security Plugins