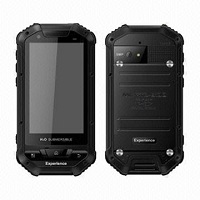 Sony managed to grab the world’s attention with its Xperia Z line, a smartphone boasting the ability to stay submerged underwater without any negative consequences. Since then (and for a very long time before), manufacturers have been creating devices that could resist some of the harshest environments for those who like to take a walk on the wild side. Many of these devices have “IP” codes, but few customers truly understand what these codes are. If you’re wary about what you’re buying, perhaps understanding how the IP code system works will give you some sort of indication of what you can do with your device.

What Are IP Codes?

First of all, we’re not talking about IP addresses – those numbers that you use to identify your home network when connecting to the Internet. IP codes are used to describe the environments a particular object or device can withstand. It’s that simple.

The Anatomy of an IP Code 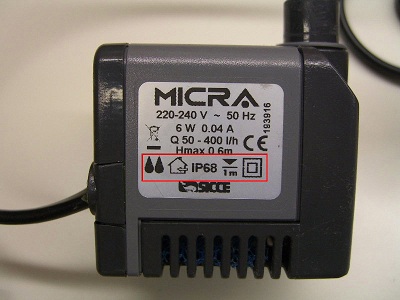 IP codes are divided into two separate digits. They can contain letters after the digits, but we’re not going to talk about that since the devices we’re concerned with here don’t necessarily use the trailing letters.

The first digit in an IP code shows how resistant the device is to particles. It is called the solid particle protection rating. It has a range of zero to six.

The second digit in the IP code will show how resistant the device is to water. This one is known as the liquid ingress rating. It has a range of zero to nine.

The higher one digit is, the more resistant the device is presumed to be to that particular environment. Keep in mind that there is no “better” IP code. It all depends on what environment you plan to expose your device to. Under normal circumstances, for example, an IP57 device is ideal. A higher-rated device may be clunkier unless it uses light-weight and thin materials in its construction. 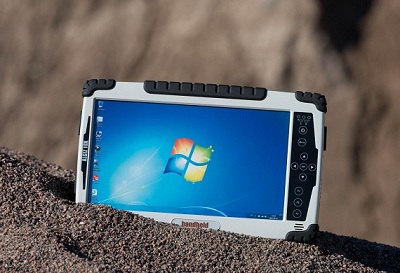 When IP guidelines mention “solid particles,” they are referring to anything from the back of your hand to a speck of dust. Level 0 is the least protected, having absolutely no protection against solids at all (about as much as a glass of vodka). Level 1 will block against wires, screws, and anything else above 1mm in diameter.

The most common levels of solid particle protection among the devices you use every day are level 5 and level 6. This is what you should concern yourself with.

A level 5 (IP5x) object is protected from dust, but not in such a way that it will survive prolonged exposure to extremely dusty environments. Eventually, a speck or two may slip in. Over time, the accumulation of tiny dust particles may harm the device. In a house, this isn’t a problem since there generally isn’t enough dust to harm your smartphone or whatever else it is you’re carrying. In a cement factory, on the other hand, I’d recommend something a little hardier.

A level 6 (IP6x) object is completely “dust-tight.” This means that the device can sit in a dust pile for years and still have no dust in its components. It is by far the most dust-resistant thing you could possibly spend your money on.

As is the case with solid particle protection, liquid ingress ratings range from level 0, where even the faintest sign of humidity could turn it into mulch. Level 1, for reference, will resist against dripping water. Most household devices won’t start mentioning an IP code unless the liquid ingress rating is at least at level 7.

A level 7 (IPx7) liquid ingress rating means that the device will not suffer harm when immersed in water up to one meter in depth. If you accidentally drop a phone with such a rating in your sink or your bathtub, expect it to be in pristine condition when you pick it back up. Keep in mind that the manufacturer is only obligated to test the device for 30 minutes. If you keep the device underwater for longer, you’re doing it at your own risk.

At level 8 (IPx8), a device is sufficiently resistant to water to be immersed below one meter of depth. The maximum depth will be mentioned by the manufacturer. Usually, your manufacturer will tell you that your device can only be immersed in up to three meters of water.

Most devices won’t mention an IP code if they don’t have anything significant to report. Here are the most common IP codes among devices:

If you found some weird IP code on some product and would like to ask about it, please leave a comment and we can discuss it!

7 Secrets to Humanizing Your Social Media Marketing (No One Will...

Data Gravity in the Cloud Industry

3 Things You Shouldn’t Do with Solid-State Drives

How Jack Daniel's uses storytelling to personalise the brand