Artificial intelligence, or AI, is an amazing achievement of humanity. We’re now using the aspect of technology to serve people better. However, there are some risks and costs associated with AI, as is perhaps true of any technological leap. While it is common to feel a twinge of anxiety about the result of AI becoming widespread, we might want to know our fears first:

1. They Can Now Cheat And Deceive

We all lie. But it’s different for us, because we’re humans. We certainly don’t expect machines to lie and cheat for the sake of some personal benefit. After all, they’re supposed to serve us, right?

Chillingly, this is exactly what artificial intelligence means. In fact, there are being military robots under development this very minute. These would be trained to lie and deceive enemy forces and intelligence until reinforcements arrive on the scene. They can do so by changing up their patrol and strategies to fool other forms of AI as well as humans.
When robots can lie, cheat, and deceive for u, just imagine what they could do if they went against us. Even if they don’t do that just yet, the code or controls for their programs could wreak havoc if they leaked out. World War Three already seems like a distinct possibility; the rise of AI might make this possibility imminent.

2. We’re Losing Our Jobs To Them

Well, technology has always deprived some humans of their jobs. However, this is the price we pay for progress. Without some displacement, we wouldn’t have many facilities that we now take for granted. In America, there are now a quarter million robots doing menial jobs that previously belonged to humans.

It’s not just the downturn in the job market that’s the problem. If we become too dependent on AI for our manufacturing processes, what happens if there’s a major breakdown or an uprising of the machines? They would have all the power in their hands, and we would have been the ones to give it to them.

3. They Are Expert Hackers

Hacking may be portrayed as an amazing skill in Hollywood movies. However, it is basically an unethical and highly dangerous practice, at least for the victims.
When AI gets into the hacking business, though, we had better watch out. In next to no time, machines could be in charge of our life support, our medications, and even our homes. The Internet of Things may seem like a beautiful dream, but it may also mean that everything just may be snatched away in a moment.

4. They Have Improved Emotional Intelligence

The differences between humans and robots are many, but they are dwindling in number and level. The main separation is that of human emotion and feeling. However, this gap may soon have a bridge too.

So what happens when powerful and ultra-smart robots start feeling and emotion like love? And what if that love is not returned? They may turn into extremely dangerous machines. Hell hath no fury like a woman scorned, so imagine the wrath of a robot that is rejected.
Other emotions like anger, embarrassment, and loneliness are bad enough for a human to feel. When a robot experiences them, they may lash out in an uncontrollable manner. Things may quickly get out of hand, and we just might be dealing with an unstoppable serial killer, evil mastermind, or a dangerous stalker.

Wrap-Up…
The above facts make it seem like we’re headed for a sci-fi horror movie-like future. However, there are several other factors to take into account. We’re humans, after all, and we could hold the key to our own destiny, especially when it comes to controlling some robots. With the proper knowledge and preparation, we may not find ourselves at the mercy of AI anytime soon.

Author Bio
Ishika Agarwal is the author of this blog. She is a tech geek at Coursework Writing Services who frequently writes posts on latest technology, gadgets, and gizmos. Being a technology enthusiast, he loves reading latest publications on the subject.

SEO is dead – What’s in the Commonly Prevailing Myths in SEO Industry?

Case Study: My Experiment with Starting a 2nd Facebook Page for...

admin - September 19, 2014
0
Regular readers of ProBlogger would know that over the last 18 months, I’ve put a lot of effort into Facebook – particularly by building...

Is Your Data Centers Optimized for the Digital World?

How To Best Manage Your Direct Report

5 Websites that can help students in learning foreign languages 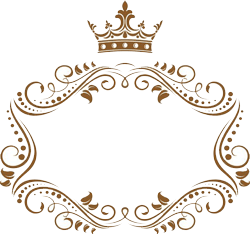 Seven of our favourite social campaigns from August 2014

Theme Week: Make Money on Your Blog by Partnering with Brands